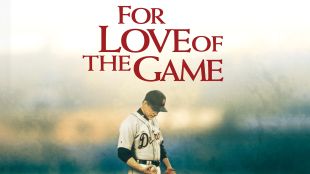 Today rounds out my first week on the blogging path. Not the week I had hoped or planned for. This was always meant to be a Blue Jays Blog, with just a sprinkle of MLB at large, but with no games and the lockout continuing with no end in sight, the roles have been flipped thus far. There hasn’t been much movement since Wednesday’s disappointing announcement that no agreement had been reached. Bo Bichette had an apology to the Jays fans on sportsnet radio

I think the bottom line is as players we need owners and owners need players. But we both need fans, …. That’s the most disappointing part of it all. I think we owe an apology to people who are wanting to watch our game. But I think as a union, we have to do what’s right for ourselves this moment. …. It’s disappointing, it’s frustrating. But it is what it is. It’s just disappointing with the talent that’s in the game right now that fans are getting deprived of that. The hope is we get on the field as soon as we can.

Bo also talked about how he’s put in some training time with Tulo this winter in Texas. I hated how things ended with Tulo in Toronto, his body just really couldn’t take the turf I guess, but there is no debating his immense talent and I think it’s fantastic that he’s put some time in with Bo.

As there is no actually current baseball to write about, I thought I might write a little about the path that took me to this blog. My first ever baseball experience was in 2005 when I spent a summer in Toronto. Toonie-Tuesdays in the 500 sections became a staple.

I was 20 years old…. the perfect demographic for that concept and those seats. Needless to say my memory of those games are “hazy” but it sparked something. The following summer I spent living in Chicago, and had the pleasure of getting to go to Wrigley Field. Games there were less hazy 😉 and I never really got behind the team like I did the Jays, but there certainly was something about being in such a old stadium, hearing the stories from the other fans who sat around me, all those day games in the sun. By the end of that summer I was hooked on the game itself.

We we’re definitely Cubs “fans”, we lived up that way, but the being in Chicago you couldn’t help be see and hear about the Sox too. And I have to admit, one particular sox caught my eye. This fast pitching, no nonsense lefty hitting all the edges…. Mark Buehrle. I didn’t know much about baseball then, but I learned he would pitch every 5th day and I would watch every 5th day. He was sooo good. Fast forward six years to November 19, 2012 and I still remember exactly where I was (a lecture theater in UBC for an evening course) and I squealed in a mix of sheer shock and childlike excitement when I saw ESPN break the trade announcement.

Three summers later, I was back in Canada now living in Vancouver. I had been there a year when I read Bill Simmons book: Now I Can Die in Peace. One of the things that really struck me was how he talked about the feeling you had in Boston on the days Pedro pitched. It was a special occasion, it was different, everything stopped, everyone watched. It reminded me that summer in Chicago with Buehrle, but also something I was experiencing again with Doc. Man he was special. Again I was only getting back into the game, but I could already tell he had something extra, and made for must watch TV every 5th day.

Whilst living out west meant you couldn’t attend any Jays games, it did have its benefits too. Weekdays I would get home from work in the 3rd inning and watch the game whilst making dinner and it would end before I was heading out. On weekends, as I would crawl from my bed, extremely hungover, to the sofa I was greeted with 10am baseball to ease myself into the day. The everyday of the game had me hooked now. The was a real comfort to seeing these guys every single day and following along with their individual and collection highs and lows. Off days sucked! I missed the Jays.

In the spring of 2013 I moved to Toronto and started attending games regularly. I had bought a flex pack before I even had my flights book. I follow this team rigorously now and have wanted to write about it for awhile. This week that began, and with some luck, I’ll have real games to talk about sometime soon.

Til next week, thanks for reading.