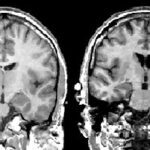 So here we are, regular season games are now officially canceled. As I said on Monday I’m not surprised, this is essentially a win for the owners, and the savings they’ll make will ultimately help offset any money they give up with a new CBA is agreed.

I am sadly once again really disappointed with how the media had reported this. Spare for a few intelligent “insiders” MLB played the media as a puppet. Leaked reports that a deal was imminent only for the players tones to have change thus causing the missed game. It bares saying one more time. THE OWNERS LOCKED OUT THE PLAYERS! Everything is on them, nothing needs to be missed not a single thing, we could have continued under 2021 guidelines, or they could have made a deal by now.

So what’s the hold up, where is the main sticking points. Everything appears to be around CBT. I won’t lie, I had no clue of the term before these negations. My first guess was player safety. Concussion Brain Trauma perhaps. NOPE. Its money. Of course it is. Competitive Balance Tax … aka Luxury Tax. Players want it to go up, and go up significantly and owners are digging in, offering as little as $1million increases. I must admit I’m confused about how this is such a sticking point, or to be honest why the players are pushing so hard.

Ok so on the face of it, its obvious why the players want increases, its what allows the players to earn more, but if you look at last years figures only the Dodgers paid the tax, and only 3 clubs look set to pay it in 2022 (no matter what number gets picked). The Blue Jays roster was over $45m below. So what do they care if it goes up, they aren’t going to spend more anyhow. The owners could concede on this in a heart beat.. and still not pay any of the players anything.

Minimum salaries should be the bigger push in my opinion, and honestly looking around the league these could all go up without actually needing to raise the CBT. The ask looks to be about $100k more and if you take that most 40 man rosters have ~15 players on league minimum that’s only $1.5 more. Which in 2021 would have only added Boston, Houston and the Yankess to the tax bill.

Guerrero Jr., Biggio, Jansen, Bichette, Romano, Merryweather, and Kirk combined for just of $4m last year. That’s criminal! And with $45m space, the Blue Jays can continue to grossly underpay these players their worth, while increasing their salaries ten fold, and remain under the CBT threshold. Let that sink in.

So where do we go from here. There really isn’t an urgency anymore to make a deal. At least not for a few weeks. Not until we are looks at lost May days. For reference here is how the last few work stoppages went.

Hopefully Fridays blog can bring with some good news or a least I can be more cheerful. Until then, thanks for reading!